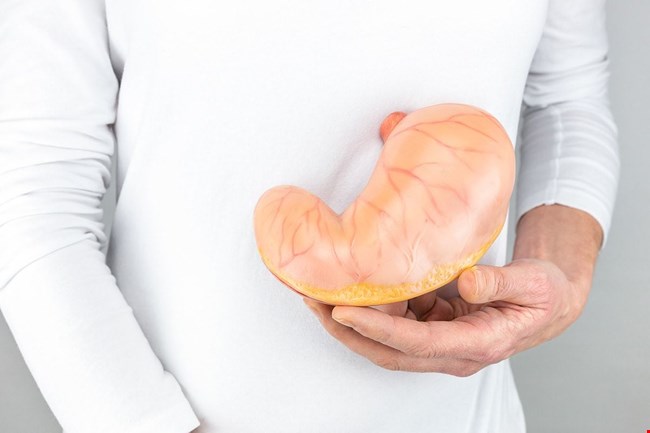 Gastric bypass surgery belongs to the most popular types of weight loss surgery, together with the gastric band, sleeve gastrectomy, and duodenal switch. As with other kinds of weight loss surgery, gastric bypass surgery is often performed in order to fight with morbid obesity which is a chronic health condition affecting the entire body and not a simple weight problem. During the procedure, the surgeon makes changes to your stomach and small intestine for this purpose and changes the way they absorb and digest food.

However, it is rarely conducted as the sole way of fighting this medical condition. In general, it is assisted by a diet and a more active lifestyle.

With gastric bypass surgery being that popular among various types of bariatric surgery, it is surprising that many people have a rather vague understanding of the effects that occurred throughout this weight loss surgery. How is a gastric bypass surgery is performed? What to expect after this procedure? What are the possible complications of it? And what is the cost of gastric bypass? These and other questions circle around the internet, and it is time to answer them concisely and understandably.

What Is a Gastric Bypass?

Roux-en-Y gastric bypass (RYGB), commonly called “gastric bypass”, is one of the most popularly performed bariatric procedures worldwide and has been considered the “gold standard” of bariatric surgery for years. It was first performed in 1967 as open surgery as it is continuing as this way for several decades. But it is now almost entirely performed by the laparoscopic approach.

In this procedure, the stomach can take less food than previously and as a result, gastric bypass surgery leads to a significant decrease in weight, reaching up to 60-80% of excess body weight.

As we can see from the description above, gastric bypass surgery is not the easiest of all types of bariatric surgery. A gastric band, for example, is a much easier procedure. Why then choosing gastric bypass? It is a very effective obesity surgery, leading to really spectacular results easily seen in all the before and after pictures.

After the surgery, there is typically some weight regain, but most studies suggest that most patients will keep their weight loss progress of around 25% beyond 10 years. You might need a revision surgery if your stomach has stretched out allowing you to eat more than you did right after your first surgery.

How Does the Gastric Bypass Surgery Procedure Look Like?

What to Expect From Gastric Bypass Surgery?

Obesity and overweight are becoming increasingly more common worldwide, and these conditions are accepted as significant risks of cardiovascular diseases and systemic arterial hypertension.

The very first expectation of gastric bypass surgery is a quite fast decrease in weight to minimize and maybe eliminate the significant negative effects on your general health. Since your new, smaller stomach is quite fragile in the beginning, you will be asked to consume only liquids for the first weeks of your gastric bypass recovery time. Later on, you will be able to add more solid food to your diet.

Your surgeon may explain to you all the risks and complications related to gastric bypass during your consultation so that you can discuss together and decide whether this surgery is the best decision for you or not. As it is the case with other types of bariatric surgery, you are likely to experience gastric bypass risks such as ‘dumping’, when too much food goes straight to your intestines leading to nausea and diarrhea. Moreover, to possible gastric bypass side effects belongs to vomiting, malnutrition or stomal stenosis. Finally, you won’t be able to eat as much as you would like to, even on special occasions – you simply do not have enough physical space in your stomach to hold all the food you would like to taste. However, just keep in mind that in the cases of morbid obesity surgery, this is exactly why the bariatric surgery is conducted.

READ: 6 Things You Should Know About Gastric Sleeve Surgery

How Much Does A Gastric Bypass Surgery Cost?

At the same time, in Turkey, the gastric bypass price starts at €5,500 and may reach €13,500. As we see, there is a huge difference between those countries. For this reason, medical tourism destinations such as Turkey, India, Poland, and Spain are very popular among clients from Western Europe as well as MENA countries, for they offer a much lower bariatric surgery cost for the same quality of stomach surgery.

READ: How To Get Rid of The Excess Skin After a Massive Weight Loss?

This content is edited by Flymedi Medical Editors in April 2019.