Traveling abroad for plastic surgery saves patients 40% - 80% depending on the desired treatment and country. Over a million patient annually travels from America to another country to receive plastic surgery treatment abroad. Turkey, Russia, India, and Germany are in the top ten countries for medical travel.

But, what are the other compelling benefits cosmetic surgery abroad offers:

The surgeons are highly experienced with years of practice. Their clinics are accredited by renowned institutions like Joint Commission International JCI and the International Organization for Standardization ISO.

The plastic surgeon specialist uses the latest technology and equipment in their field. Ensuring your treatment will have great results and a higher success rate.

You will find renowned clinics with international accreditations with top-class surgeons, and they are trained and have years of experience in plastic surgery. You can evaluate their experience based on the awards and credentials on their website or the clinic website.

Most patients travel abroad for the procedure; their primary goal is treatment. But they understand it is an opportunity to enjoy a luxury holiday and explore new experiences before or after their surgery.

In some countries like the UK and USA, there is a waiting time for a specific procedure, which can span for months. But in other countries, it is reduced drastically. In some cases, with no waiting time, which is the most desired outcome by most patients.

A healthy individual with no severe medical condition that will impair healing. Non-smokers, with realistic expectations.

The factors that affect the plastic surgery treatment cost abroad are the location of the clinics, the surgeon's experience, the technique used, and the type of treatment. For example, The average cost for a breast implant procedure will cost: 102 Reviews
Get a Free Quote 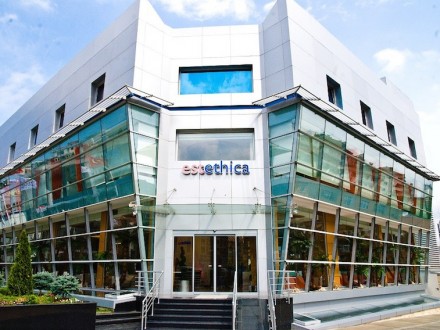 43 Reviews
Get a Free Quote

31 Reviews
Get a Free Quote

Plastic surgery procedures’ history is not as new as it seems. First attempts at plastic and cosmetic surgery predate many other branches of medicine. Egyptian and Roman plastic surgeons, if we may call them by this term, focused mostly on the reconstruction of noses and other body parts which sustained some damage.

Ancient texts dated to roughly 2500 to 3000 BCE have descriptions of broken noses and their repair. Then, there was the fall of Rome and the Middle Ages, during which the authority of the Catholic Church prevented further developments in aesthetic surgery.

The lack of anesthesia meant much pain in attempts to perform plastic surgery procedures, rather than the lack of disinfection, which caused a high risk of postoperative infection. The awaited change was brought by the dawn of both anesthesia and modern disinfection; however, it was not until World War that plastic surgery procedures became a part of the medical mainstream.

The image of plastic surgery clinics has been changed as plastic surgery procedures gain popularity over the years. While it is an object of interest of middle-aged women who try to keep their youth and fight against aging, nowadays, aesthetic surgery is a choice also made by many women and men of every age.

As an example, liposuction is a very effective way of fighting stubborn fat tissue accumulating in the lower abdomen and is often impossible to be removed through traditional ways such as workouts and a regular diet. Even nose jobs become more and more popular among men who do not like the shape of their noses.

Breast augmentation (boob job) which was treated as a synonym for plastic surgery was joined by breast reduction, helping women who do not feel comfortable with big breasts and prefer a smaller size.

Although the number of pain patients can tolerate may vary depending on each patient, recent developments and new technology used have significantly reduced the amount of pain experienced both during, before, and after surgery. On top of that, as in any surgical procedure, some amount of discomfort is common and usual.

There are many reasons why people decide on plastic surgery. The predominant one throughout the ages was using aesthetic surgery for the reconstruction of damaged noses, ears, or faces. War veterans or gladiators wanted to have their faces corrected by the first plastic surgeons.

However, there is also a second branch – cosmetic surgery for aesthetic reasons. Some people want to look younger and fresher as they feel inside. Others try to change a feature they've never liked or internalized. The decision of cosmetic plastic surgery is very personal rather than -usually- medical.

One of the important factors is to set realistic expectations. Because plastic surgeries may change appearance, may boom self-esteem but may not solve problems or change lives.

Plastic and cosmetic surgeries became a driving power behind the development of medical tourism in the world. Getting plastic surgery abroad seemed to many people a most suitable option for many reasons. First and foremost, there is a price issue.

The cost of plastic surgery at home can be several times higher than that of plastic surgery abroad. At the same time, you don't have to worry about quality and results, as foreign cosmetic clinics are often well-equipped and have good staff, helping many patients to make this decision.

You also have the opportunity to compare the best plastic surgeons in the world when evaluating medical tourism options. Cheap flights also contributed to the steady growth of the number of people who decide for plastic surgery abroad. As for examples of the most popular plastic surgery destinations:

Breast augmentations cost can be very affordable in some medical tourism destinations such as Turkey, Hungary, or India. Some people prefer these countries and combine their medical travel with a little vacation.