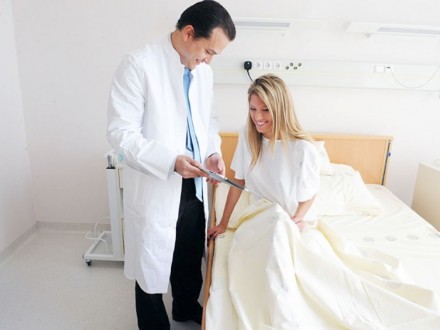 For any female patient who wants to repair their hymen, hymenoplasty can be performed.

Not Recommended For Hymenoplasty

Hymenoplasty surgery, also known as hymenorrhaphy or hymen reconstruction surgery, is a medical procedure that is performed to restore the hymen.The hymen is a small membrane positioned close to the entry point of the vagina. There is no function of the hymen for the human body. Generally, females have an intact hymen before having intercourse, but there are exceptions.

Why do women from all around the world want their hymen “back”?
There are several reasons for a woman to decide on a hymen reconstruction surgery:
● Cultural or religious requirements – In some cultures before the marriage, the woman is expected to be a virgin. Therefore, she is inspected.Women can choose hymenoplasty to regain their intact hymen.
● Healing from sexual abuse –Women who are the survivors of sexual assault may decide on having a hymen reconstruction surgery or hymenoplasty surgery.Hymenoplasty surgery has the role of empowering the woman and restoring their old stronger self.
● Accidental rupture – Hymen can be ruptured by using a tampon in addition to some physical activities.Women can opt for hymenoplasty surgery a few days before marrying. ● Revirginization – Certain women, have this procedure in order to offer their partners a special gift.

Before the hymenoplasty operation, doctors perform examinations to check for hepatitis or genital infections such as ureaplasma, mycoplasma, or chlamydia. Doctors also look for the inflammatory diseases that might influence the genital area. Also, the hymenoplasty is suggested at least a week before the menstruation.

Hymenoplasty surgery can be performed in several different methods, such as:

● The first technique is the simplest – the edges of the hymen are simply stitched together. After this procedure, patients might feel pain and bleeding during sexual intercourse.
● With the second technique, a flap of the vaginal mucosa is used to repair the hymen. This operation’s effects remain for around a week.
● With the third technique, the hymen is reconstructed from membranous vestiges or caruncles. This technique is the most common and most efficient one.

There are several complications and risks related to hymen reconstruction surgery, such as:

Even though the side effects differ depending on the type of method used, patients might experience pain, discomfort, and soreness.

The success rate of hymenoplasty operations is around 96%.

After the hymen reconstruction surgery, during the first sexual intercourse, patients might experience some amounts of bleeding and pain.

- Which hymenoplasty surgery technique is recommended for me?
Depending on the patient’s expectations from the operation, the type of technique is chosen. While some methods provide more permanent results, other techniques last for about a week.
- Do I need to spend the night in the hospital?
Generally, it is not necessitated for patients to stay at the hospital after the operation.