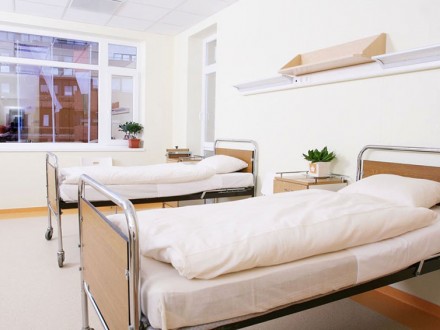 Especially women who are in need or want to enjoy long-term full lips are the best candidates for Permalip lip implants. This procedure is also recommended for people who do not want to renew constantly the effect of their lip augmentation procedures such as dermal lip fillers and Botox.

Not Recommended For Permalip Lip Implants

Permalip lip implants will be a good solution for those who want to have plumper lips without repeating lip surgeries and for those who will not have problems with their general health.

In order to get bigger, well-shaped and fuller lips, there are lip Botox and lip fillers, but these are only temporary solutions, which need to be repeated after a few months or years. The permalip lip implants procedure is a new approach that has gained popularity throughout the world, thanks to its lasting and satisfactory effects. These lip implants are made of non-rupture soft silicon and therefore do not wear out and lose their effectiveness over time.

Similarly, to other cosmetic surgeries, patients will be asked to stop taking blood-thinners such as aspirin and anti-inflammatory drugs or herbal supplements before the Permalip lip surgery. Since the incision is performed during the Permalip lip implants procedure, patients will receive antibiotics and antiviral medications in order to avoid any infection.

The permalip lip implants procedure is a very quick one. Surgeons make a small incision on the side of the lips under the local anesthesia. Then they widen a pocket in which they insert the lip implants. Then, stitches are placed, the recovery period is begun, and patients will be free to go home.

Permalip lip implants do not require an extensive recovery period. Since this lip surgery causes lip swelling, some patients prefer to take one or two days off work. Discomfort is generally minimal and arising from edema and bruising, which can last up to a week. It is better to continue taking prescribed medicines such as antibiotics and use some ice and cold packs to reduce swelling.

Since it is a minimally invasive procedure involving incisions, Permalip lip implants may cause an infection. However, with proper use of antibiotics and antivirals, this risk is minimalized. Once sutures have dissolved and incision sites are fully recovered, patients need to perform the stretching and tightening exercises for 2-3 months regularly to facilitate the healing process, allowing the lips to acclimate to all the normal motion and to maintain capsule length.

In addition to first swelling and partial numbness, Permalip lip implants have no significant side effects. Any abnormal changes observed should be reported to doctors who know how to deal with them

Permalip lip implants have a very high success rate because they are simple and useful. There are thousands of success stories and good reviews all over the world, and Permalip lip implants are increasingly becoming an alternative to temporary solutions such as lip fillers and Botox.

With Permalip lip implants, patients enjoy their new lips that are plump and shaped without repeating temporary lip plump procedures.

What is the Difference between Permalip Lip Implants and Lip Fillers?
Even most durable and preferred lip fillers enhance the look of your lips just for around two years and then dissolve, and you will need to undergo another filler injection to maintain your results. In the case of Permalip lip implants, the effect is permanent and more natural.

What if I Get Bored of Permalip Lip Implants?
It is possible to remove Permalip lip implants without any damage to your lips.