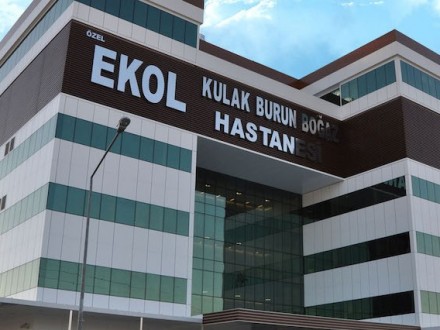 Eyebrow transplant surgery is a great option for patients with missing, scarred, or very thin eyebrows. Patients may have lost their eyebrows due to laser hair removal, genetics, over plucking, trauma, burns, or hormonal abnormalities, which lead to lower hair density in the area

Not Recommended For Eyebrow Transplant

Eyebrow transplant surgery is not recommended for individuals with bald spots on the back of the head or patients suffering from spot baldness. Diffuse pattern balding is also a contraindication to eyebrow transplant surgery, as the condition affects all areas of the scalp, including the back of the head (the donor area union effectively making the hair follicles from this area unusable for the eyebrow restoration procedure.

Eyebrow transplant surgery, also known as an eyebrow hair transplant, is a type of eyebrow restoration procedurein which the appearance of the eyebrows is restored. Some patients may opt for this procedure in order to change the shape or thickness of their eyebrows. Although the procedure was first developed as a means to help burn victims get over physical and psychological trauma, eyebrow transplant surgery became a very popular cosmetic procedure due to its results and simplicity.
Both the FUE and FUT techniques may be used to perform an eyebrow transplant, with the latter being more prevalent among surgeons and patients.

Around 50 to 350 hair follicles are transplanted during an average eyebrow transplant surgery. The hair follicles themselves can be harvested from the back of the head, or in some cases from the patient’s eyebrow region.

Patients need to avoid any oral supplements, vitamins, aspirin, anti-inflammatory medicine and smoking for at least a week before the eyebrow transplant surgery – these can have a negative influence on the procedure and the healing process.

Local anesthesia is first administered to the patient. The procedure is performed differently, depending on the technique used:
If the FUT technique is used, a strip of hair follicles is removed from the donor area. The incision is then closed with sutures. The strip is put under a microscope and the surgeon and his team will begin selecting healthy hair follicles that match the patient's existing eyebrows color and width. Small incisions are made in the eyebrows region. The incisions are created at an angle that mimics the patient's natural eyebrows. The hair follicles are then placed into these incisions, and the procedure is over.

With the FUE technique, a micromotor with a micro punch is used to harvest hair follicles from the donor area. The hair follicles are then transplanted into the eyebrows region.

Patients will be provided with a set of instructions which need to be followed carefully. Pain medication, sleeping pills or antibiotics may be prescribed to the patient by the doctor. Antibiotics are usually prescribed to patients undergoing FUT eyebrow transplant surgery. Rubbing, scratching or touching the eyebrows is not advised for at least a week.

There are no known risks or complications associated with eyebrow transplant surgery. The only potential risk is an infection, if the FUT technique is used. Patients are usually prescribed antibiotics in order to prevent any infection in the donor area.

Eyebrow transplant surgery side effects can include one or more of the following:

Eyebrow transplant reviews set the success rate between 95 and 98%, one year after the eyebrow restoration procedure is performed.

The patient’s newly implanted hair follicles will fall off in around 2-3 weeks and then they will begin to grow naturally over the course of two months. Eyebrow transplant surgery provides patients with great results, but the transplanted hair will need to be trimmed every month, as it is still genetically designed to grow continuously.

– Will I have a scar or a bald spot in the donor area?  If the FUT technique is used during eyebrow transplant surgery, you may have a small scar, but it is very hard to notice it. With the FUE technique, there is no scar and no bald spots, just a small reduction in hair density.

– When can I return to work after an eyebrow transplant?
Patients usually return to normal activities in about 5 days.

The FUT eyebrow transplantation technique, also known as a Follicular Unit Transplant is a traditional hair restoration technique used in clinics from all around the world. Before the procedure can begin, a narrow strip from the patient's back of the head is outlined. This is the area where the hair follicles will be taken from – hair from this area is generally healthier and is rarely affected by alopecia. The hair follicles themselves, offer a better survival rate as well. Once the hair strip is removed, a microscope is used to harvest the hair follicles from it. All hair follicles are then divided into separate units formed of 1 to 3 follicles. Once the necessary amount of hair follicles is harvested, between 50 and 350, the incisions can be closed with sutures and the eyebrow transplant technician can begin implanting the hair follicles in the desired locations. The FUT technique has one major advantage compared to other techniques – it is more affordable than other procedures because the extraction of the hair follicles takes less time in general. One disadvantage of this procedure is the rather long scar on the back of the patient’s scalp.

The FUE eyebrow transplantation technique, also called Follicular Unit Extraction is another popular eyebrow hair transplant procedure where a small cylindrical instrument called a punch is used by the doctor to harvest hair grafts from the donor area. The punch is placed above a hair follicle or group of hair follicles, making a very small incision around them. Follicular unit extraction leaves patients with tiny circular scars in the donor area, after a few weeks of healing. Once the hair follicles are harvested, the hair technician can start implanting them in the eyebrow region. FUE eyebrow transplant is a minimally invasive technique meaning that patients can resume their daily activities quicker than with FUT, for example. The recovery period may be shorter but this technique is somewhat more expensive than other eyebrow transplant procedures.

Direct hair implantation or DHI is another technique which can be applied for eyebrow transplants. This is also a new and improved technique, often called a “Micro FUE” due to the similarities with Follicular Unit Extraction. Direct Hair Implantation is minimally invasive, requiring no cuts or incisions in the donor area. A very small micro punch is used instead to harvest the hair follicles – ensuring that no visible scars are left after the procedure is complete. Only highly trained hair restoration specialists can perform this procedure in order to achieve the best results. The hair follicles are implanted in the eyebrow region similarly to FUE – reception holes are created and then the follicles can be placed.