Cyprus or the Republic of Cyprus is the third largest island in the Mediterranean. Cyprus is located just south of Turkey. Cyprus became a part of the European Union in 2004 and joined the Eurozone in 2008, meaning that all transactions in Cyprus use the Euro for currency. With just a little over 1 million people, Cyprus is one of the smallest members of the European Union but the island country is a major tourist destination in the Mediterranean area, partly due to its advanced infrastructure and economy and mostly due to its natural beauty and high quality tourism services. 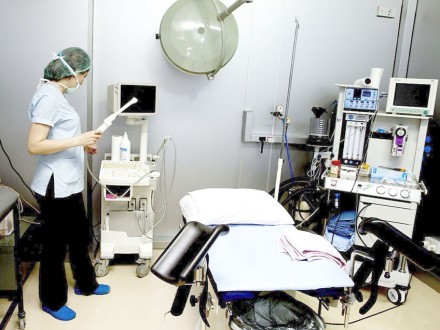 The healthcare system in Cyprus is greatly based on preventive medicine and high quality medical infrastructure. The healthcare system in Cyprus is respected by both residents and international patients as well, since Cyprus is one of the leading destinations in the world for certain medical treatments. A lot of foreigners rely on Cyprus’ healthcare infrastructure for their needs, as the country receives many visitors from the UK, USA, Thailand and Germany. Another noteworthy aspect is the fact that many medical specialists from Cyprus have worked or received training in other EU countries or in the USA. The World Health Organization places Cyprus’ healthcare system on par with that of developed countries.

Kyrenia Castle is one of North Cyprus’ most famous landmarks. The castle is located just a short walk away from Kyrenia’s old harbour. The castle was built by Venetians in the 16th century over a Crusader fortification. Now the castle receives visitors from all around the world. The castle also has its own Shipwreck Museum, featuring the remnants of different merchant ships.

The Kyrenia Gate was built by the Venetians back in 1567. The Ottomans restored and improved the gate in 1821. The gate features different tablets from different time periods. Some of them are in Latin while some in Turkish. The gate also serves as a tourism information office.

The Gamblers Khan or the Gamblers Inn was initially built as a hotel for travellers. The building is technically a caravanserai. Merchants or travellers would enter through a gateway and reach the heart of the inn, a beautiful large courtyard where food and drink could be served.

Buyuk Han is the biggest caravanserai on the island of Cyprus. It was built in 1572 by the Ottomans, after they took control of the island. Buyuk Han features plenty of small shops and courtyard cafes to delight travellers.

● Cyprus has a temperate Mediterranean climate with hot and humid summers and cool, wet winters.

● Cyprus has Turkish and Greek as official languages – Turkish is usually used in the north while Greek in the south. Most locals speak English and Russian, German and French are also quite common on the island.

● Although Cyprus uses the Euro as its official currency, in the north the Turkish Lira is preferred but Euros are accepted in most shops and tourist centres. All currency exchanges are subject to a commission of 3.5%.