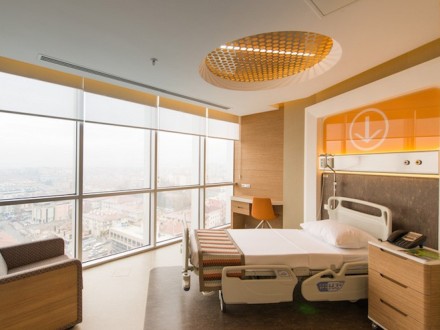 Not Recommended For Myomectomy

If the patient's leiomyoma did not turn into cancer, which rarely happens, then the patient is suitable for the operation. It is relatively a safer and less complex operation than a hysterectomy.

There are three main types of myomectomy procedure:

• Hysteroscopic Myomectomy – hysteroscopic myomectomy is usually used to remove uterine fibroids growing inside the uterus. Hysteroscopy is a medical device inserted through the vagina and allowing for operation without external incisions.

• Laparoscopic Myomectomy – This method is very useful in cases of minor uterine fibroids which are located on the outer wall of the uterus. Laparoscopic myomectomy is performed with a medical tool called laparoscope. It involves a camera and a light. Surgeons make several small incisions instead of a single big one.

• Abdominal Myomectomy (Laparotomic Myomectomy) – In this method, surgeons make a large incision in the abdomen. This method finds its use in complicated cases of leiomyoma of the uterus, with large numbers of uterine fibroids in different locations.

Before the surgery, some patients may need hormonal therapy with so-called GnRH-a. It would be effective in reducing the bleeding from the uterus. Also, before the operation, you should always inform your doctors about the medical conditions you have and the medicines you are taking. Therefore, your doctors may want you to stop taking some of the medicines which may affect the process negatively.

Even though the myomectomy surgery is a safe one, still there are some risks and complications. For example, surgeons may cause harm to surround organs during the operation. Also, infection is one of the complications of myomectomy. Rarely, this surgery may cause infertility in some of the patients. Yet the most important complication of myomectomy is extreme bleeding. Surgeons may need to perform a hysterectomy to be able to stop it.

Myomectomy surgery has no known side effects.

There is no clear data about the success rate of myomectomy operation, but it is known that many patients who had myomectomy are pleased.

Myomectomy vs. Hysterectomy – Which Is Better?

The answer depends on the patient's expectation. If the patient is willing to get pregnant, then myomectomy is the best choice. However, hysterectomy enjoys higher success rates when it comes to the overall satisfaction of patients.

Is There a Connection between Fibroids and Pregnancy?

Many patients have uterine fibroids without even realizing it. Yet there might be issues caused by leiomyoma of the uterus which can lead to performing of myomectomy surgery.