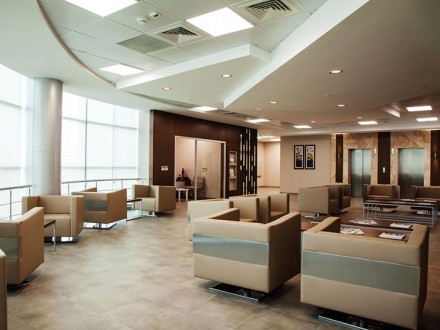 • Problems with bowel movements and urinating

Patients who think they have the aforementioned symptoms should reach to their doctor to find the reason for their symptoms.

Not Recommended For Ovarian Cyst Removal

Ovarian cysts are fluid-filled sacs which are located on one of the ovaries. There are different types of ovarian cysts; some of them cause no harm, while others can lead to important health issues such as ovarian cancer. Therefore, doctors examine your ovarian cyst carefully in order to decide if your cyst needs to be removed or not. Recently, the number of patients who are willing to have an ovarian cyst removal abroad increased because of the affordable prices and to enjoy the recovery in a new environment. As for what causes ovarian cysts, there are two main reasons. Functional, or non-threatening ovarian cysts, are created follicle protecting the eggs and appear naturally. However, ovarian cysts which progress from cancer cells may lead to damage and can be life-threatening. Also, ovarian cysts can be caused by another medical issue, for example, endometriosis.

Initially, you should inform your doctor about your medical condition and the medicines you are using. Your doctor may ask you to stop taking medicines with blood-thinner qualities such as aspirin since it may cause extensive bleeding after the operation. Also, before the operation, you should fast for several hours, and it may be needed to have a mechanical bowel preparation.

• Laparoscopic ovarian cyst removal surgery– In this method, several small incisions are made by a medical tool called laparoscope. Surgeons perform the operation and the removal through these incisions.

• Laparotomy for ovarian cyst – This operation is performed by making a big cut where the cyst located, and surgeons remove it through this cut.

Sometimes, the removal of ovaries is deemed necessary. Additionally, if a cyst is a sign of ovarian cancer, further resection may be conducted, involving hysterectomy surgery.

After the laparoscopic ovarian cystectomy or laparoscopic ovary removal, there might be small scars which are hardly seen. However, laparotomy leaves bigger and more visible scars after the operation.

There might be some risks and complications regarding the ovarian cyst removal such as internal bleeding, infection, and damage to bowels or bladder.

If the treatment involves the removal of the ovaries, then it may result in infertility or lower fertility.

Ovarian cyst treatment has proven to be a successful one, with more than 90% healed thanks to ovarian cyst removal and not experiencing any complications.

When Treatment of Ovarian Cyst Requires Removal of Ovaries?

If the doctors diagnose you with ovarian cancer, then it might be necessary to remove the ovaries.

When Do Doctors Decide for Laparotomy instead of Laparoscopic Ovarian Cystectomy?

Laparotomy might be required when it is not possible to remove a big-sized ovarian cyst with a laparoscope.

Is an Ovarian Cyst always a Reason for a Cyst Removal Surgery?

Absolutely not. If the cyst does not involve ovarian cancer indications, then most probably it would dissolve naturally without any medical intervention. That's why doctors prefer to wait for some time before deciding about ovarian cyst surgery.